You are here: Home / INDUSTRY SERVED 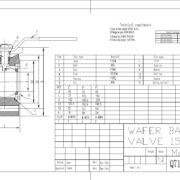 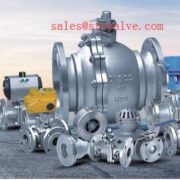 Stainless steel valves are widely used in pipeline installations in petroleum, chemical, metallurgy, textile, food, shipbuilding, medical, environmental protection and other industrial sectors. They have the ability to resist atmospheric oxidation, ie, rust, and also contain acid. The ability of the alkali, salt medium to resist corrosion, that is, corrosion resistance. 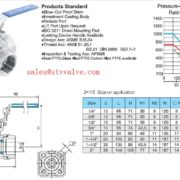 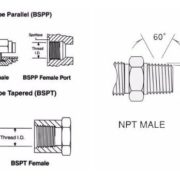 When you choose valves and pipe fittings, thread is a very important feature you have to consider. No matter how well the product is made, a wrong thread type will make it useless. You have to determine the thread type before you order.

NPT Connections
NPT (National Pipe Thread) seals are the most popular type of seal for pressure calibration systems in the U.S. and Canada. NPT male adapters have a taper thread that wedges into the female NPT adapter. They seal due to the “out of roundness principle” which means that the male stretches the female fitting until there is so much force that the connection can hold pressure. One of the challenges with this design is that if you connect stainless steel to stainless steel then over-tightening or poor lubrication can cause gauling and damage to the threads. Thread sealant is needed to seal but only 2 turns of thread sealant is required. Any more than that and the seal can leak around the thread sealant. Ralston Instruments has a wide variety of male NPT adapters , male Quick-disconnect NPT adapters, male NPT calibrator adapters, female NPT adapters, female NPT gauge adapters and female Quick-disconnect NPT gauge adapters.

BSPT (British Standard Pipe Thread) is similar to NPT except there are important differences. The angle across the flanks of threads (if you sliced the fitting in half long-ways and measured the angle from root to crest to root) is 55 degrees instead of 60 degrees as it is for NPT. Another important difference is that for many BSPT pipe sizes the thread pitch is different than NPT. Thus an NPT male will sometimes fit into a BSPT fitting or vice versa but they will not seal. This is a popular fitting in China and Japan but is very rarely used in North America unless the equipment to which it is attached was imported. Thread sealant is needed to seal the male and female fitting together. Ralston Instruments has adapters to both male BSPT adapters and female BSPT adapters.

BSPP Connections
BSPP (British Standard Parallel Pipe) is most popular in the UK, Europe, Asia, Australia, New Zealand and South Africa. It is a parallel thread fitting that uses a bonded seal ring to do the sealing. This bonded ring seal is sandwiched in-between a shoulder on the male fitting and the face of the female fitting and is squeezed in place. BSPP pressure gauges have a longer male thread and use a copper crush washer that is squeezed in between the bottom of the male fitting and the bottom of the female BSPP hole forming a pressure tight seal. No thread sealant is needed to form a seal. Ralston Instruments has male BSPP adapters , female BSPP adapters, female BSPP gauge adapters, and female BSPP Quick-disconnect gauge adapters.

How do you identify BSP and NPT threads?
With NPT, the peaks and valleys of the threads are flat. In BSP, they are rounded. Secondly, the NPT angle of the thread is 60 degrees and the BSP angle is 55 degrees.
How do I know what BSPP fittings I have?
To identify a BSPP fitting complete the following steps:
How can I tell what NPT threads I have?
As a general “rule of thumb” an NPT thread is approximately 1/4″ (0.25”) larger than its “name.” For a 1/4″ NPT fitting the “nominal” OD is 0.533”. NPT fittings are slightly tapered so the “nominal” diameter is the diameter in the middle of the threaded portion, as measured by the top (crest) of the threads.
What are the three basic types of threads?
Three are parallel (UN/UNF, BSPP, metric parallel) and three are tapered (NPT/NPTF, BSPT, metric tapered). Three are pipe threads (NPT/NPTF, BSPT, BSPP) and three are not (UN/UNF, metric parallel, metric tapered).
How do you identify a thread? 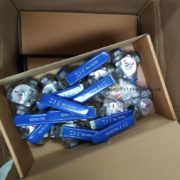 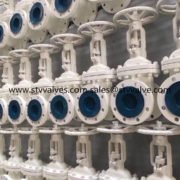 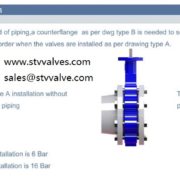 1, the installation position, height, import and export direction must meet the design requirements, the connection should be firm and compact 0.2), all kinds of manual valves installed on the insulation pipe, the handles must not be downward.
2, the valve must be visually inspected before installation, the nameplate of the valve should comply with the current national standard “General Valve Mark” GB 12220. For valves with a working pressure greater than 1.0 MPa and a shut-off function on the main pipe, the strength and tight performance tests shall be carried out before installation, and shall be used after passing the test. In the strength test, the test pressure is 1.5 times the nominal pressure, the duration is not less than 5 minutes, and the valve casing and the packing should be qualified without leakage. In the rigorous test, the test pressure is 1.1 times of the nominal pressure; the test pressure shall meet the requirements of GB 50243 in the duration of the test, and the leakage of the valve sealing surface shall be qualified. 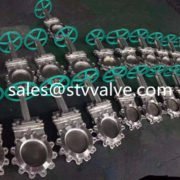 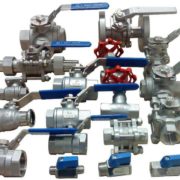 China’s pump and valve market is less concentrated in the industry, mainly in the production of low-end products. In terms of owning core technologies, there is still a certain gap between domestic enterprises and developed countries in the world.

At present, there are still some problems in China’s valve industry. For example, Chinese valve companies mainly focus on low-level, small-scale, family-run enterprises. In terms of products, due to repeated investment and insufficient technology introduction, the leading products of Chinese valve enterprises are still low-quality mass products. It is understood that the current various valves produced by Chinese enterprises generally have shortcomings such as leakage, internal leakage, low appearance quality, short life, inflexible operation, and unreliable valve electric devices and pneumatic devices. Some products are only equivalent to the last century. At the international level in the early 1980s, some valves required for high temperature and high pressure and critical equipment still depended on imports.

China’s valve industry in the industrial structure, the industrial chain of industrial valves, and the degree of specialization of the industry have a large gap with foreign companies, resulting in low quality of domestic valve products: due to the rapid expansion of the market, the original state-owned valve companies have Shut down and turn. According to the survey of air-conditioning and refrigeration market, although a number of township and village enterprises have developed rapidly, due to the low starting point of township and village enterprises, the technical strength is very weak, and the equipment is simple. Most of the products are imitated, especially the low-pressure valves for water supply and drainage. The above problems do not affect the broad prospects of the Chinese valve industry in the future. This is mainly due to the support of national policies and the strong demand for the valve product market. In particular, the construction of several projects such as “West-East Gas Transmission”, “West-to-East Power Transmission” and “South-to-North Water Transfer” requires a large number of valve products. .

Until recently, Chinese valve manufacturers were limited to a few profitable target markets, such as Ethiopia, Sudan, Iran, Iraq and parts of Southeast Asia. These markets are small in scale, and the decision-making process is entirely dependent on price and limited profit margins. Chinese imported valve manufacturers must pay attention to the undeniable fact that if they want to survive in the future, they must improve their previous sluggish performance and obtain large export manufacturing profits. The main reason for the current lack of export revenue is that there are a lot of business opportunities in China’s domestic market, and the quality of equipment imported from China’s valve manufacturing is not enough to sell overseas. 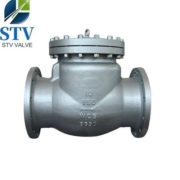 Swing check valve is suitable for nominal pressure PN1.0MPa~42.0MPa, CLASS150Lb~2500Lb; nominal diameter DN15mm~1200mm, NPS1/2″~48″; working temperature -196C~540C for various pipelines, used for Prevent the media from flowing backwards. By using different materials, it can be applied to a variety of media such as water, steam, oil, nitric acid, strong oxidizing medium and urea.
The structure length is short, and its structure length is only 1/4~1/8 of the traditional flange check valve;
Small in size and light in weight, its weight is only 1/4~1/20 of the traditional flange check valve;
The valve flap is closed quickly and the water hammer pressure is small;
Both horizontal and vertical pipes can be used for easy installation;
Flow to smooth, fluid resistance is small;
Sensitive action and good sealing performance;
The valve flap has a short stroke and a small impact force;
The overall structure is simple and compact, and the shape is beautiful;
Long service life and high reliability