2. Strong corrosion resistance
Titanium is a very reactive metal. Generally, a metal with strong activity has a very low equilibrium potential and a large thermodynamic corrosion tendency in the medium. But in fact, because titanium and oxygen have a great affinity, in air or in an oxygen-containing medium, a dense, strong adhesion and inert oxide film is formed on the surface of titanium, which protects the titanium matrix from being corroded. Even due to mechanical wear, it will self-heal or regenerate quickly, but titanium is very stable in many media, such as titanium is corrosion-resistant in oxidizing, neutral and weakly reducing media, which shows that titanium has strong Passivation-prone metals. When the medium temperature is below 315℃, the titanium oxide film always maintains this characteristic. In order to improve the corrosion resistance of titanium, surface treatment technologies such as oxidation, electroplating, plasma spraying, ion nitriding, ion implantation and laser treatment have been developed. It plays a role in enhancing the protection of the oxide film of titanium. The desired corrosion resistance effect is obtained. A series of corrosion-resistant titanium alloys such as titanium-molybdenum, titanium-palladium, titanium-molybdenum-nickel, etc. have been developed to meet the needs of metal materials in the production of sulfuric acid, hydrochloric acid, methylamine solution, high-temperature wet chlorine gas and high-temperature chloride. Titanium-32 molybdenum alloy is used for titanium castings, titanium-0.3 molybdenum-0.8 nickel alloy is used for environments where crevice corrosion or pitting corrosion often occurs, or titanium-0.2 palladium alloy is used locally for titanium equipment, all of which have been well used. Effect.

3. Good heat resistance
The new titanium alloy can be used for a long time at a temperature of 600 ℃ or higher.

4. Good low temperature resistance
Its strength increases with the decrease of temperature, but the plasticity changes little, and it maintains good ductility and toughness at low temperature of -196-253℃. It avoids the cold brittleness of metal, and is an ideal material for low temperature containers, storage tanks and other equipment.

5. Strong anti-damping performance
Titanium metal is subjected to mechanical vibration. Compared with steel and copper metal, its own vibration attenuation time is the longest after electrical vibration. This property of titanium can be used as vibration components for tuning forks, medical ultrasonic mills and advanced audio speakers. film etc.

7. Good heat exchange performance
Although the thermal conductivity of titanium metal is lower than that of carbon steel and copper, due to the excellent corrosion resistance of titanium, the thickness of the wall can be greatly reduced, and the heat exchange between the surface and the steam is dropwise condensation, which reduces thermal resistance. No scaling can also reduce thermal resistance, so that the heat transfer performance of titanium is significantly improved.

8. Non-magnetic, non-toxic
Titanium is a non-magnetic metal and will not be magnetized in a large magnetic field. It is non-toxic and has good compatibility with human tissue and blood, so it is used by the medical community.

9. Low modulus of elasticity
The elastic modulus of titanium is 106.4GMPa at room temperature, which is 57% of that of steel.

10. Inhalation performance
Titanium is a chemically very reactive metal that reacts with many elements and compounds at high temperatures. Titanium gettering mainly refers to the reaction with carbon, hydrogen and oxygen at high temperature. 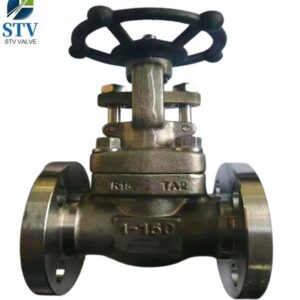 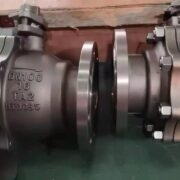 What is a Globe Valve?
Scroll to top